When LASIK first arrived as a laser vision correction procedure, a microkeratome was used to create the corneal flap. Over the years ophthalmologists have found that when complications arise from LASIK they are typically from a poorly created corneal flap. Unlike mechanical instruments, the Z-LASIK platform by Ziemer is uniquely able to program the dimensions of your flap based on what’s best for your eye(s). Then this femtosecond laser creates your flap from below the surface of the cornea-without ever cutting it. 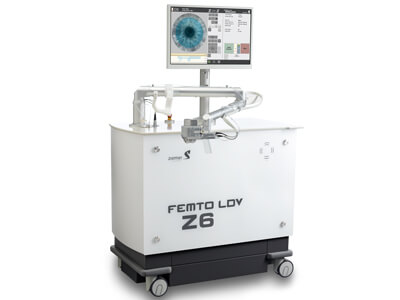 Z-LASIK is a LASIK procedure performed with the Ziemer FEMTO LDV Femtosecond Surgical Laser in conjunction with any one of the leading excimer lasers. Z-LASIK is a bladeless LASIK procedure similar to the Intralase technology. Both machines use femtosecond technology to produce the LASIK flap part of LASIK eye surgery. For several years now it has been possible to create the flap using a femtosecond laser. This means that no blade is involved in the procedure. Over one million patients have already undergone bladeless laser eye surgery.

With a femtosecond laser, an ultra-thin corneal flap is created with ultra-high frequency pulses. These pulses are very rapid and create separation in the layers of the cornea, creating the corneal flap, without the use of a micokeratome.

Unlike other femtolaser-based treatments, Z-LASIK Crystal Plus and Z-LASIK are highly integrated procedures, giving surgical teams a time-efficient workflow. With the combined use of state-of-the-art lasers and diagnostic equipment, Z-LASIK provides the best currently available treatment for superior vision correction.

During the first step, the femtosecond laser creates an ultra-thin flap in the cornea by applying millions of tiny laser spots. Thanks to the laser this occurs precisely within one-hundredth of a millimeter according to the requirements defined by earlier diagnostic tests. The need for a blade is eliminated – the whole procedure is completely blade-free! The flap, remaining hinged on one side, is then gently folded back and the eye is ready for step two.

For step 2, another laser performs the actual correction of the corneal tissue directly under the flap. It only takes a few seconds – then the flap is put back in place, where it adheres naturally.

What are the advantages of Z-LASIK?

Compared to other femto-LASIK procedures based on older femtolaser technology, Z-LASIK offers many advantages that lead to better results:

Why is Blade-FREE LASIK important to my LASIK outcome?

If you are researching LASIK at this point you are thinking about life without the hassles of glasses and contacts but what about Blade-FREE LASIK? Why would Blade-FREE LASIK be a better choice than conventional LASIK?

Not only do patients prefer the Blade-FREE LASIK experience but there is clinical evidence that blade-free LASIK method provides more patients with 20/20 vision than mechanical microkeratome methods. When making your decision about Tennessee LASIK eye surgery there are numerous advantages of LASIK without a Blade, also called Blade-FREE LASIK.

One of the biggest advantages of the Z-LASIK Blade-FREE LASIK method is that is SIMPLY safer. SAFETY must play a role in your decision to have LASIK eye surgery; after all, these are your only eyes! 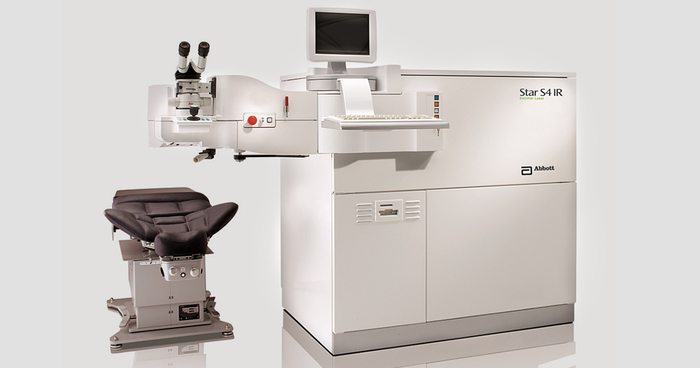 Using a device called an aberrometer (scanning diagnostic instrument which uses wavefront technology to measure the wavefront errors) the doctor is able to measure the way light travels through your entire optical pathway and compare it to the way light travels through an optically perfect eye. This creates a WavePrint™, a 3-D map of your cornea that is as unique to you as your fingerprint and 25 times more precise than a prescription obtained using conventional diagnostic equipment. The information from this customized “fingerprint” is transferred electronically to the laser, enabling your eye surgeon to adjust the laser to your unique visual requirements.

Without custom LASIK, doctors must rely on one-size-fits-all, traditional laser vision correction, which achieves great results but is not nearly as precise as CustomVue. In fact, our practice can achieve custom LASIK results that are up to 25 times more accurate than traditional.

Surgeries are performed in our on-site surgery center, Reeves Surgery Center. Patients can take advantage of our convenient facility, on an outpatient facility. Reeves Eye Surgery Center is owned and operated by Donny L. Reeves, M.D.

Reeves Surgery Center was founded by Donny Reeves, M.D. Dr. Reeves is a Board Certified Ophthalmologist who has been practicing in the Tri-Cities since 2004.

Whatever your specific surgery needs, our entire staff is dedicated to providing you with a quality and care-free experience. Contact Us today for more information.

are using a screen reader and are having problems using this website, please call 423-722-1311.